Detecting cases of code plagiarism with results from billions of sources 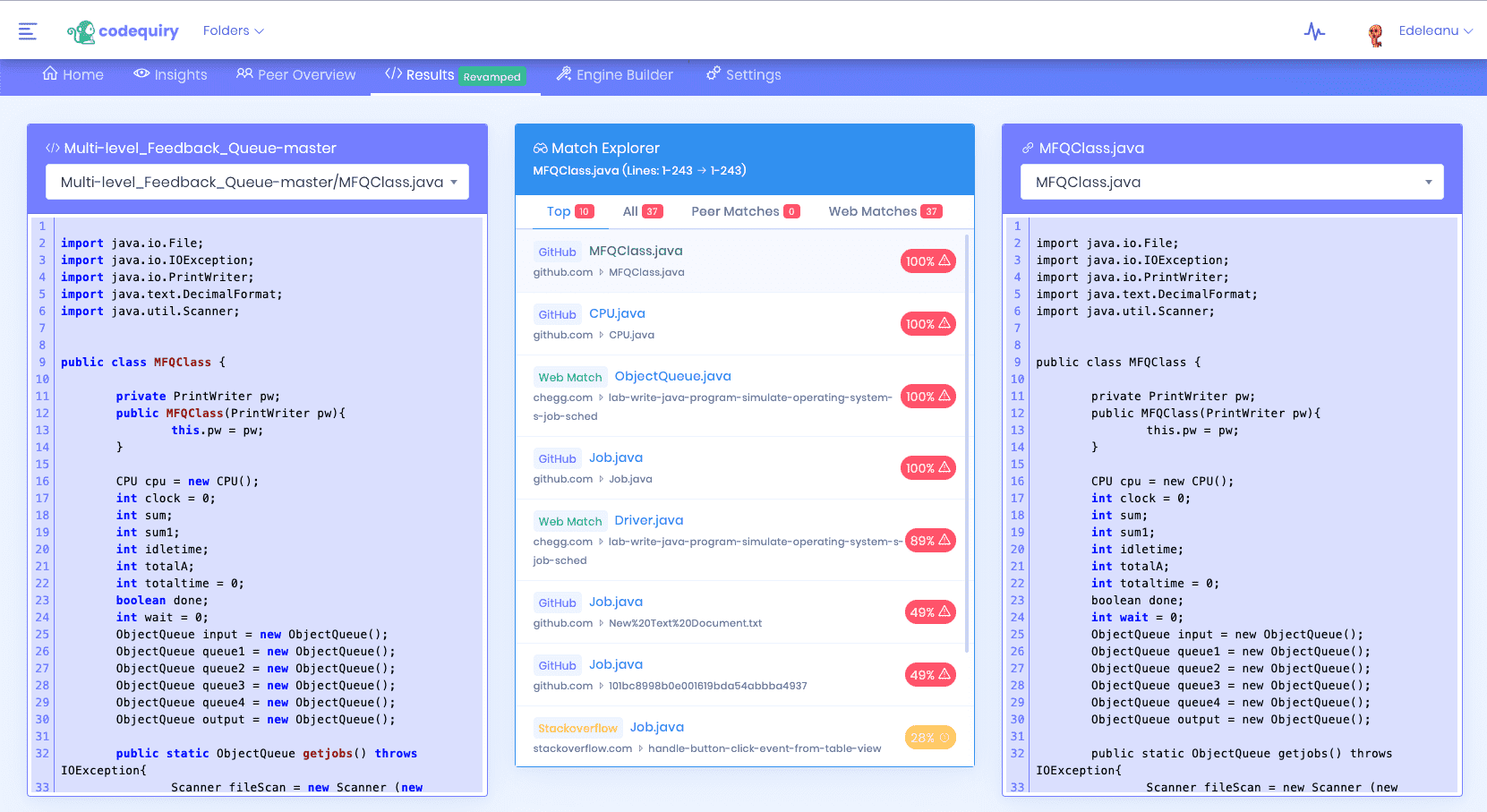 Measure of Software Similarity, or MOSS, is a piece of software used by teachers and publishers to find software plagiarism. This software was developed by Stanford, and has been the primary tool for checking code plagiarism. Codequiry is a similar program to the MOSS code. While MOSS was the first, Codequiry was created to improve on the weakness of moss program checker. Both were created to stop the prevalence in students to copying code, instead of creating new code. Students were not learning. The students that teachers were giving the higher grades to turned out to be those who could find the best code via the internet. This has changed with the creation and use of Codequiry.

One of the ways that Codequiry has improved on MOSS plagiarism checker is by being made to be easier to use. Teachers and instructors do not need to spend a lot of time just going through a piece of software. That is one of the reasons that Codequiry has become as popular as it has. Less time with software allows more time with the students.

Sometimes a student may actually have just written software that is similar enough to set off the software. MOSS code checker will not know this. Codequiry saves results so that if someone has questions, they can review what is found. With software programming being such that there can be valid similarities, Students need to be able to discuss their process.

Checking Code for Plagiarism from the Web

One of the ways that any software is able to keep up is utilizing the internet. Checking via the web allows for finding newer examples that may not be available, even in an update. Instead of relying on programmers finding examples and then putting it in an update, internal artificial intelligence can search just as well. This allows for instructors to worry about the check, not updating. Moss dosen’t have a online checker which provides a massive loophole for code cheaters to use external web sources. Codequiry engine was designed to be able to detect up to 11 billion different web sources for evidence of plagiarism. For checking code similarity its critical to have both web and peer check to have a full picture of the samples.

Codequiry’s code engine checker is customizable in a way other code checkers aren’t. Users have the power to choose between a list of different type of checks based on the situation. Measure of software similarity doesn’t have a variance of checks in the way Codequiry does. For example, if a person wants to just examine peer samples for code similarity they can. If they need to go more in depth in checking for external sources the engine gives any user that specific option. The advanced engine gives more control and precision that is more specific to the user’s situation.

Codequiry aims to achieve an equally fair environment for fields relating to computer science by preventing the use of unoriginal code. The first step to preserving academic integrity and original source code starts here.